According to various estimates, internet users today attract an overwhelming number of advertisements (ads) as per their browsing behavior. Advertisements disrupt the users’ browsing experience by appearing on desktop and mobile devices in the form of pop-ups, banners, auto-play videos and full-screen images. Ad blocking tools have sprung up as a natural response for neutralizing them. Over 200 million users of such tools bear testimony to the fact that internet users dislike online ads.

Ad blockers are giving advertisers a run for their money by ensuring that ads never reach their intended audience. As a result, they have dented the revenues of online business entities that rely on them to sustain themselves. A 2016 estimate pegs global losses due to ad blockers at a whopping $40 billion.

Are Advertisers and Publishers Effectively Dealing with Ad Blockers?

Research shows that such measures are counter-productive. A huge chunk of internet users would rather stop visiting such sites than being arm-twisted into paying up or disabling these tools. Nonetheless, the majority of users are not averse to watching ads as long as they are not annoying. It sets a clear mandate for advertisers and publishers to serve ads that enrich users’ browsing experience.

Is There a Way to Enrich Users’ Viewing Experience?

Our client who is a media conglomerate was facing a similar problem. One of their biggest advertisers wanted their ads to appear only in certain premium slots. Our client carried out a manual inspection and discovered that the advertiser’s ads appeared randomly in viewer streams. They were aware of the problem and had huge volumes of data at their disposal to affirm the veracity of the issue. In spite of this, they were unable to fix it. The reason behind this was the huge time and effort required for extracting insights from data rendered it un-actionable. They were in need of an automated solution to achieve efficiency and address the issue.

How Our Solution helps in Enhancing Viewing Experience

We wanted to make efficient use of the huge ad server data our client had at their disposal. We, therefore, built an automated BI mechanism that analyzes and reports ad server data in a meaningful way. Our solution addresses three major concerns –

Competitive ad separation is an essential requirement for online ad publishers. It dictates that two ads belonging to the same industry category should not appear during the same ad break. For instance, a McDonald’s ad should not immediately follow a KFC or Burger King ad during a viewer’s scheduled ad break. Our solution helps in avoiding such situations and helps publishers in drafting better ad media plans.

Ad Load Latency is the time it takes to load an ad at the start of an ad break or after a previous ad ends. While the latency is too small for most users to notice, it may become noticeable while rendering ads of heavier file size on networks with slow bandwidths. This issue has a significant impact on users’ viewing experience, and publishers strive to keep the latency as low as possible. Our solution tracks the latency of every ad with details about the resolution at which the rendering took place. It allows ad publishers to address the issue holistically.

The Impact of Our Solution

Our solution has helped in demonstrating to our customer that effortless exploratory analysis of their ad server data is possible. It has helped them in discovering ad view patterns and identifying areas of revenue leakage. Apart from saving millions of dollars for our client and enhancing their users’ viewing experience, our solution has armed them with insights to create a formidable media brand.

As our client’s understanding of the possibilities unearthed by the solution continues to grow, so does our capability to guide them through the advanced stages of business intelligence. 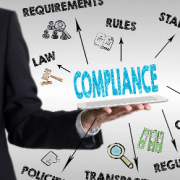 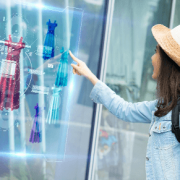 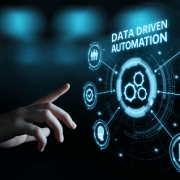 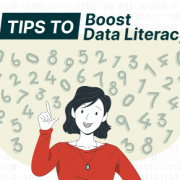 Do your users ‘speak data’? Here’s how to translate

As seen on  PRWEB

Infocepts, a global leader in business analytics solutions & services, today announced that it has finalized a long-term managed services partnership with Wilbur-Ellis, a leading international marketer and distributor of agricultural products, animal feed and specialty chemicals and ingredients. Infocepts’ suite of custom managed services allows its customers to more effectively plan, deploy and manage enterprise analytics environments. Under this partnership, Infocepts will help Wilbur-Ellis quickly address problems, deploy updates and manage changes within its technology stack to allow in-house teams to focus more on innovation and delivering end-user value in an expedited fashion.

“This managed services partnership with Infocepts will allow us to provide greater efficiency, flexibility and scalability in our analytics environment, delivering the best possible support to our user community while providing Wilbur-Ellis an analytical edge,” said Wilbur-Ellis’ Director of Technology Travis George. “We are excited to be working with the Infocepts team and look forward to a long and productive relationship.”

“The addition of Wilbur-Ellis to our growing list of customers underscores the trust which global market leaders are placing in Infocepts to better support strategic decision making through data,” said EVP of Global Sales for Infocepts Pat Finan. “We are honored to partner with such a leading-edge organization like Wilbur-Ellis to transform the speed, accuracy and ease at which they deliver data to the hands of their business community.”

Infocepts does it again – Achieves Great Place to Work™ Certification!

Infocepts achieves ISO 27001 certification across all its global centers

Infocepts Senior Director, Ben Dooley has been recognized as a 2022 Top Data Consultant